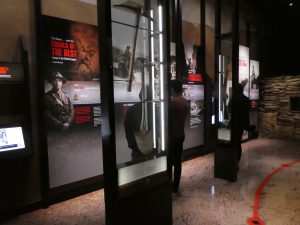 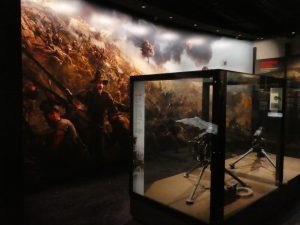 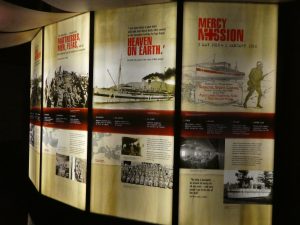 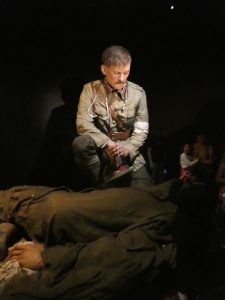 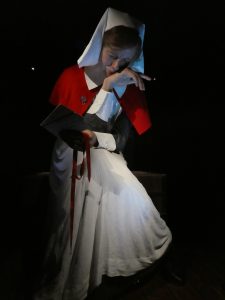 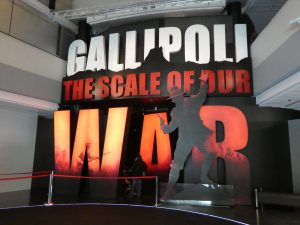 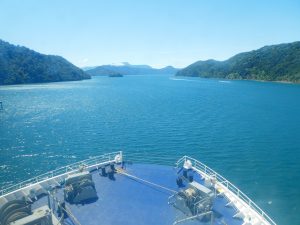 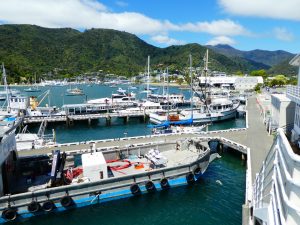 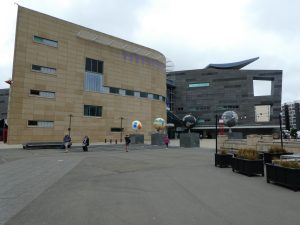 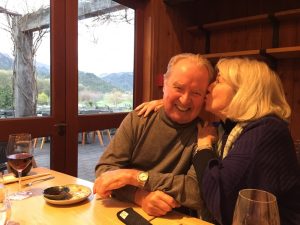 At the moment, sitting in our room at the Intercontinental Hotel in Wellington, having arrived  by ferry from Picton.  A three-hour trip from the South Island to the North Island, which gave me an opportunity to work on the photos from Nelson.

We arrived in Wellington around six o’clock and by the time we got settled in our room it was almost time for dinner.  It had been a long day so we opted for a light dinner at a restaurant next door to the hotel and then turned in for an early night.

Friday morning we were greeted by some overcast skies and a chance of rain in the afternoon.  It sounded like a perfect day to do the highly touted Te Papa Museum.  So, at about eleven o’clock we grabbed a cab and headed for Cable Street and the Harbor location of the museum.  It has six floors though the main exhibits are on floors 3 to 5.  On the second floor is an exhibition called, Gallipoli: The Scale of our war.

Gallipoli: The scale of our war combines the world of museums with the world-class creative artistry of Weta Workshop to immerse you in the eight-month Gallipoli campaign.

The groundbreaking exhibition tells the story through the eyes and words of eight ordinary New Zealanders who found themselves in extraordinary circumstances. Each is captured frozen in a moment of time on a monumental scale – 2.4 times human size.  In the photo of the doctor looking at the dead soldier, you can see some people in the background which gives you an idea of the size of the sculptures.

The giant sculptures took a staggering 24,000 hours to create, and countless hours were spent researching their rich histories.

The photo of the nurse weeping is because her letter to her brother was returned marked “Killed, return to sender”.

In total, 2,779 Kiwis lost their lives on Gallipoli, and many others were scarred forever. Gallipoli: The scale of our war takes you to the core of this defining event.

The main or permanent exhibits are extraordinary displays of historic and modern culture and technology.  I did manage a few photos so perhaps it will give you a bit of the flavor of the museum.

Will send a second batch of photos in Blog #34.  I’ll also include a shot of Picton Harbor, our ferry leaving port and a photo I titled, “The Kiss”. 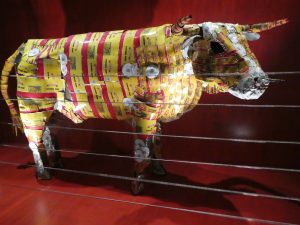 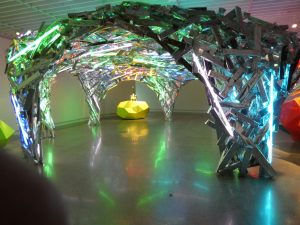 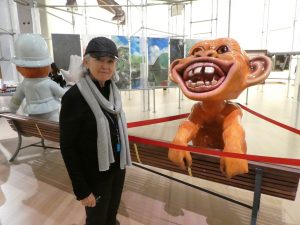 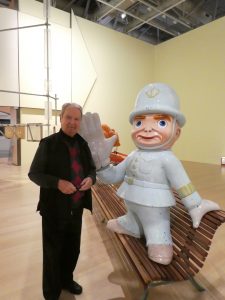 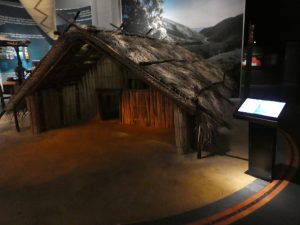 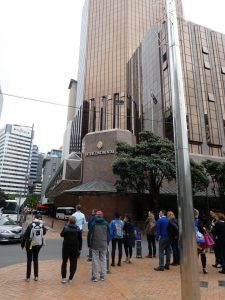