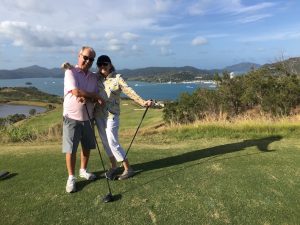 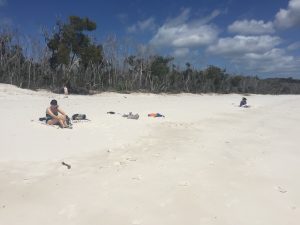 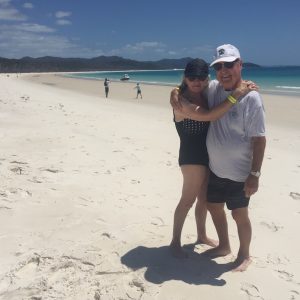 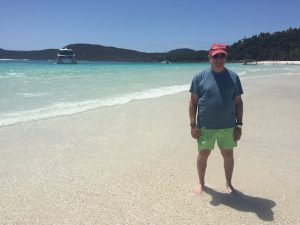 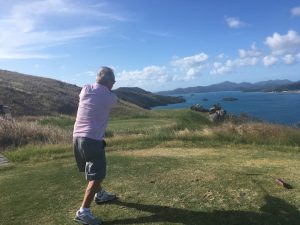 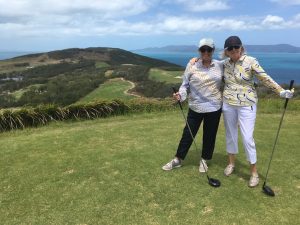 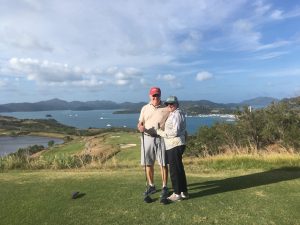 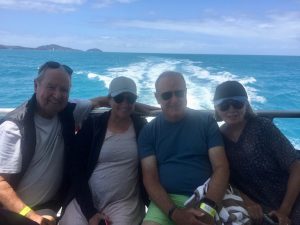 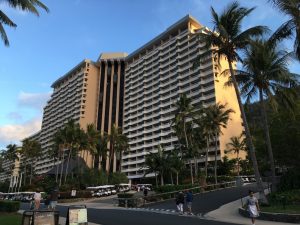 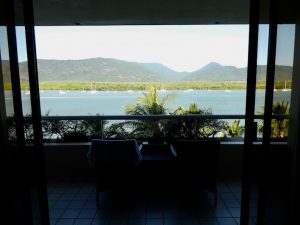 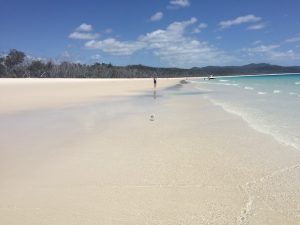 Although I start to write this on Wednesday evening, October 3rd, it’s conclusion may not take place until Thursday sometime.  The reason being that I want to include activities, etc. that took place on Tuesday, Wednesday and our travel day on Thursday.  With regard to an ‘overview’, Tuesday was mainly occupied by a day of golf on Dent Island.  The island is a ten-minute ride on the local ferry.  It is all very well organized as you shuttle from your hotel to a ferry dock.  Then the golf shuttle arrives and you have a quick ten-minute cruise over to Dent Island.  At the dock you are met by a van that takes you up to the Clubhouse.  The course is listed at 6,120 meters and is the only island championship course in Australia.  It was a very tough course but very enjoyable to play.  A few photos will give you an idea of what it was like.  I’ll keep the golf photos at a minimum out of respect for the non-golfers who subscribe to the blog.

Although today, Thursday was a travel day for us and as I write I’m sitting at a desk in our room at the Hilton Hotel in Cairns.  If I rotate in my chair, a vast Marina comes into view, followed by a row of low mountains and blue skies dotted with puffy white clouds.  I will write more about Cairns in the next blog, but for now I want to finish up our visit to Hamilton Island and include some information as well.

Two individuals, Keith Williams and Bryan Bryt in 1975, initially purchased the island.  In 1978 they built the first resort complex, which was followed by the Whitsunday Holiday Apartments in 1986 and the Reef View Hotel in 1990.  In 1992 it was placed in receivership and between 1995 and 2003 it was managed by Holiday Inn.

Bob Oatley an Australian winemaker and his family purchased the island in 2003.  What is interesting about the island is that everything is under one umbrella.  For instance, we were staying at the Reef View Hotel and if we go down to the Marina and have dinner at a restaurant, we just tell them our hotel and room number.  After losing a number of golf balls during our round, I purchased three more from the beverage cart and the charge went to our hotel room.  There is never a need for cash on Hamilton Island.

Yesterday, our last day on the island, we took a cruise to Whitehead Beach, considered one of the most beautiful beaches in the world.  What I can say about it is that the sand was like silicone and the whitest I have ever seen.  I’m hoping some of the photos will reflect that.  Lastly, a shot of our hotel in Hamilton Island.

So, up early this morning and off to the airport by 9:00 am for a 9:50 am flight to Cairns. After a cab ride from the airport, we’re now here ensconced at the Hilton.  Although the clouds have left, will validate the view behind me.  G’day