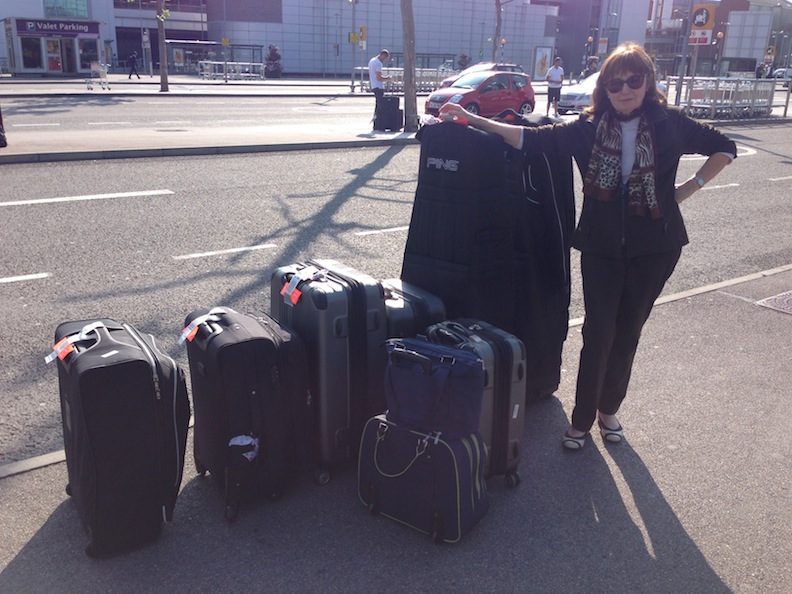 We had an excellent flight over on one of American Airlines new 777-300. Both of us managed to get some sleep on the flight so the jet lag was minimal. Today is Thursday and we are pretty much normalized. Yesterday Michele, Ann’s sister came over and we had a wonderful lunch at a pub just around the corner from our place called “The Plough”. After lunch it was off to Waitrose (English version of Ralphs or Vons) to stock up the pantry and refrigerator.

Today it was off to Homebase (English equivalent to Home Depot) for a few items and then back to the flat.

A couple of shots, one of Ann outside of Heathrow waiting for Robert and Suzie to pick us up and the other of both of us outside out flat in London. 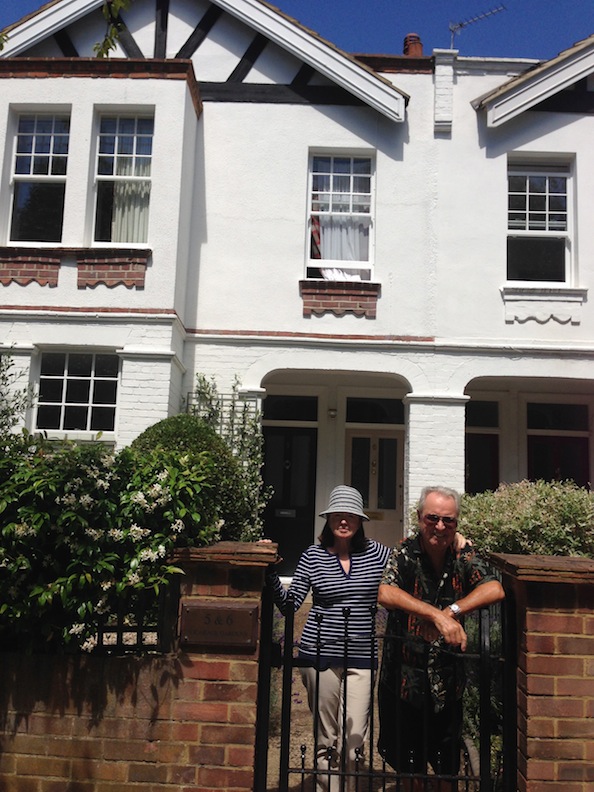 The weather has been beautiful, mid to high seventies and we’ve yet to see a raindrop…!!!